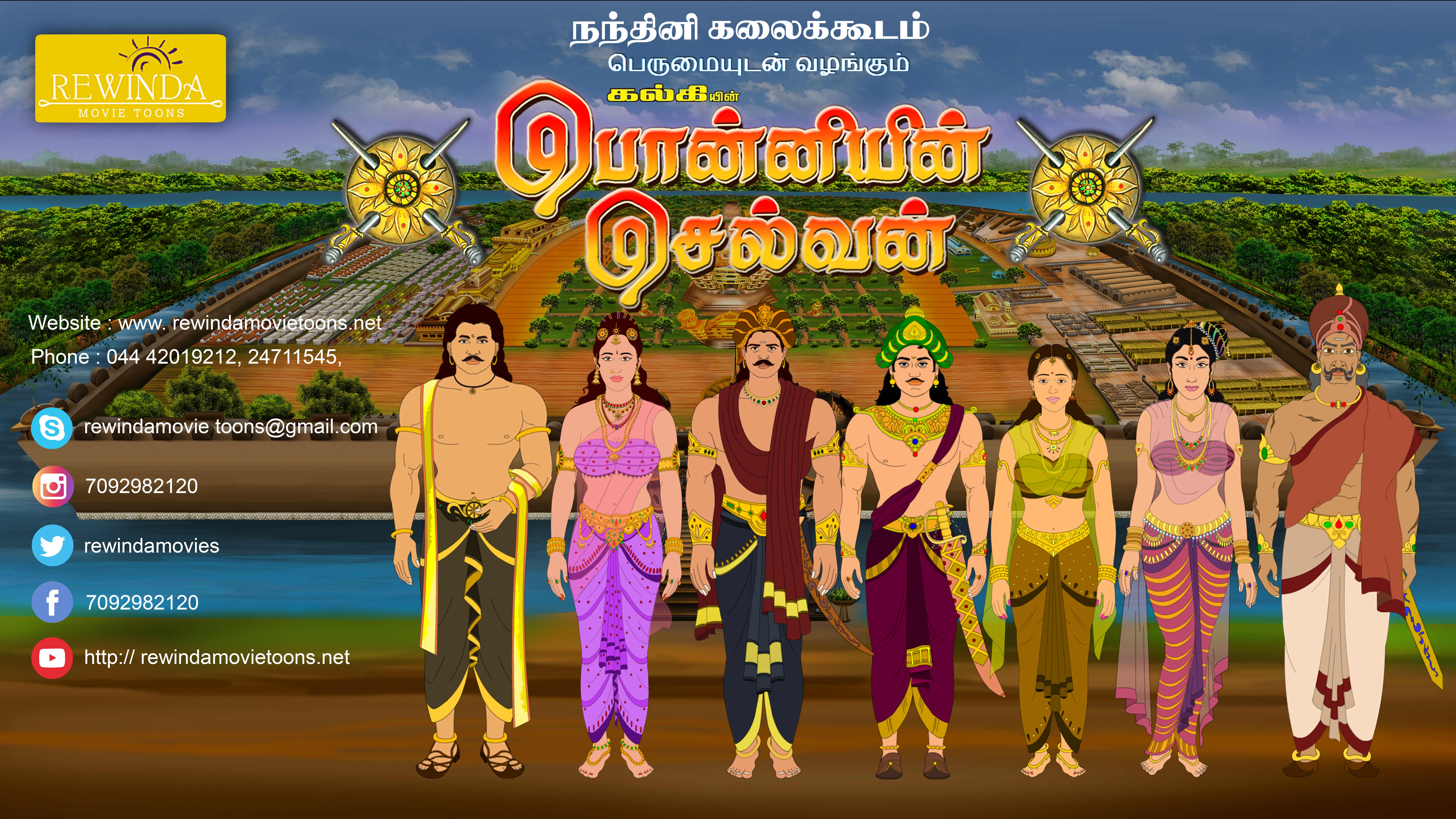 REWINDA MOVIE TOONS (Chennai) established in the year 2003 with a focus to bring new lead into animated movie making. Our objective is to narrate fables in 2D animated version equivalent to International standards.

Animatronics is a motion picture that speaks to children. Many stories, poems and other types of literature were animated specially with the young in mind. We are now focused to produce these timeless tales such as, Indian Mythology, Moral Stories, The Panchatantra, Akbar - Birbal stories, Thenali Raman, Vikramadityan, Aesop's Fables and Arabian Nights. The stories are told simply and are full of hilarity and wisdom. 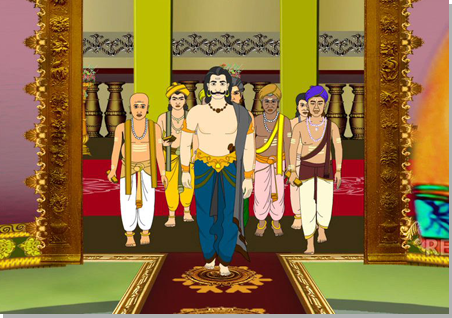 Currently we are producing "Kalkien" "PONNIYIN SELVAN" by combining design and animation expertise with skills from various disciplines, through graphic design and the visual arts, the result is a solution that is unique, well informed, and innovative. Our blend of animation skills, design experience and technical knowledge allows us to give you the edge to compete in the television industry.

Ponniyin Selvan is a historical novel based on the CHOLA dynasty in the 10 century AD. It is a historical thriller, where the ministers conspire to over throw the ailing Chola King, Sundaracholar and bring in a person to suit their desire.Sundaracholar 's eldest son Aaditya Karikalan was busy with the development and administration of the northern part and lived in Kanchi, but at the same time a conspiracy is being hatched by the neighbouring ruler the Pandiyan dynasty to kill Sundaracholar and his legal hiers. Arulmozhi Varmar the younger son of Sundaracholar had gone south crossing the seas to wage a war in Lanka ( who would be the famous later as Rajaraja Chola I). One person who get the glimpse of the Pandiya conspirators is a warrior by name Vallavarayan Vandiyathevan. Even though the book is titled Ponniyin Selvan the hero of the novel is Vandiyathevan, a friend of Adhitha Karikalan, a trusted leftinuent of Ponniyin Selvan and the man who marries the Kundavai Piratti.